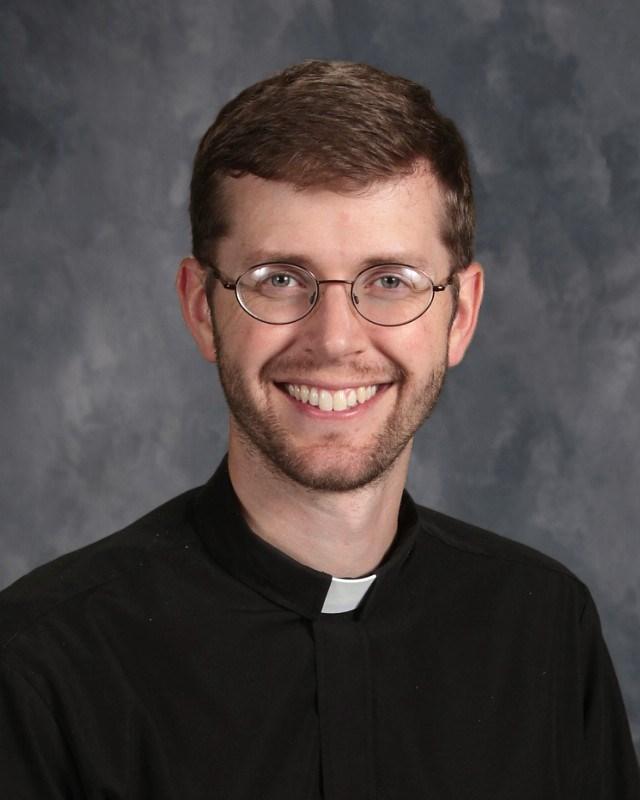 “Then Saul, still breathing threats and murder against the disciples of the Lord, went to the high priest and asked letters from him to the synagogues of Damascus, so that if he found any who were of the Way, whether men or women, he might bring them bound to Jerusalem.”

It’s pretty hard to believe. It’s hard to believe that the man who wrote our theme verse for this year - “Do not be conformed to this world, but be transformed by the renewal of your mind, that by testing you may discern what is the will of God, what is good and acceptable and perfect.” The guy who wrote those words is the same guy we read about in the beginning of the book of Acts. Breathing out murder against the followers of Christ. Looking for ways to put them in chains and take them to Jerusalem to be executed. Going to Damascus in order to do just that. Paul had stood by and given his approval as St. Stephen was stoned to death for being a Christian, and now he’s going to Damascus in order to ensure that more Christians meet with the same fate.

So what changed? What causes a man to go from being a murdering fanatic one minute, to being a faithful preacher of the Gospel the next? I suppose the easy answer would be the Sunday School answer: Jesus! And that’s very true! Paul meets Jesus on the road to Damascus, and his life was changed forever after that. But ... other people had come face-to-face with Jesus as well. The Pharisees had seen Jesus. So had the Sadducees. So had Pilate. So had Judas. And yet … and yet none of them were changed in the way Paul was. Paul was just as much a murderer as any of them, and yet he came to faith. What happened? What made Paul different? What happened on the Damascus road that caused such a change, a change that was absent in so many others that Jesus had encountered? The answer, again, is Jesus. Jesus happened.

The author of the book of Hebrews tells us that the Word of God is living and active; that means that the Word of God actually does stuff. When God speaks, things happen. God’s Word doesn’t just command things — God’s Word actually fulfills the things that God commands. God said, “Let there be light,” and there was light. Jesus said, “Be healed,” and the lepers were healed. He said, “Be silent,” and the storm on the Sea of Galilee was calmed. Jesus told Paul, “Arise,” and Paul rose and went where God had told him. When God speaks, things happen. The storm didn’t cease and the lepers weren’t healed because of words, but because Jesus was the one who had spoken them. Paul didn’t arise and go on his way because he had been told to, but because Jesus was the One speaking to him. Jesus was the One who transformed Paul, and he did it in the same way he brought the universe into being: by speaking his Word.

What does it mean for God’s Word to transform us? Should we expect something similar to what Paul experienced on the Damascus road, a voice coming from the sky, being stricken blind? My guess is that that hasn’t happened to anyone reading this. And, frankly, those things aren’t the miracle. Those things aren’t really part of Paul’s transformation. Paul’s transformation occurs before any of that happens, it occurs with one single word, spoken by Jesus: “Arise.”

It’s interesting to note that when Jesus says “arise” in Luke’s Gospel (remember that Luke also wrote the book of Acts), he tends to say it to dead people. In Luke chapter 7, Jesus is summoned to the house of a widow whose son had died, and Jesus walks up and touches the coffin and says, “Arise.” The dead man then rises and begins to speak. In Luke chapter 8, Jesus is called to the house of a man named Jairus, whose young daughter had died, and Jesus walks up to where she is laying, touches her and says, “Arise.” And she rises, very much alive. In the book of Acts, Jesus is not speaking to Paul as someone who is evil and needs to be made good. Paul was evil; that is not in question. But that’s not how Jesus sees him; Jesus sees him as someone who is dead and needs to be brought back to life. And so he tells Paul, “Arise,” and Paul rises.

The transformation of God in our lives has nothing to do with bad people being made good; that is incidental and after the fact. Jesus did not come to make bad people good; he came to bring the dead back to life. That’s what it means to be transformed by God; to come out of the grave at the summons of the Master. To look at the One who died on the cross, who is now himself the Risen One, and to rise, pick up our cross, and follow him.

It’s interesting to notice that Paul’s conversion didn’t seem to soften his personality; he went from being a stubborn, cranky enemy of God to being a stubborn, cranky son of God. And I find that encouraging; I have more than my fair share of faults, and anyone who has me in class, or works with me, or is married to me can certainly attest. And yet I have been transformed by God; it has made me a better person I suppose, but that’s not the point. It’s made me a living person. A person that death has no control over. A person who, sinful though I am, I’m not a slave to sin anymore. I’m free. And while I can say with certainty that I’ve never experienced Jesus thundering at me from heaven, but I have heard his voice. I know I have, because I heard a pastor say to me “I baptize you in the name of the Father, and of the Son, and of the Holy Spirit.” I’ve never had a vision of Jesus, but I have seen him. I’ve reached out and touched him with my hands, all the while hearing the words, “This the body and blood of Jesus Christ, given and shed for you.” Being transformed by Jesus has nothing to do with voices from heaven or being stricken blind, or being able to perform miracles. Being transformed by Jesus means that you were dead, and you’ve been made alive again. It means that you’ve gone from being God’s enemy to being His child. It means that you’ve been covered in the name, the blood, and the love of Jesus Christ, and that his works, not yours, have brought you before the Father as someone who is holy, righteous ... and alive.

Thanks be to God, who transforms the dead into the living, and who went before us into the grave so that he would then be able to summon us out of it.