A trip to Europe to learn about History 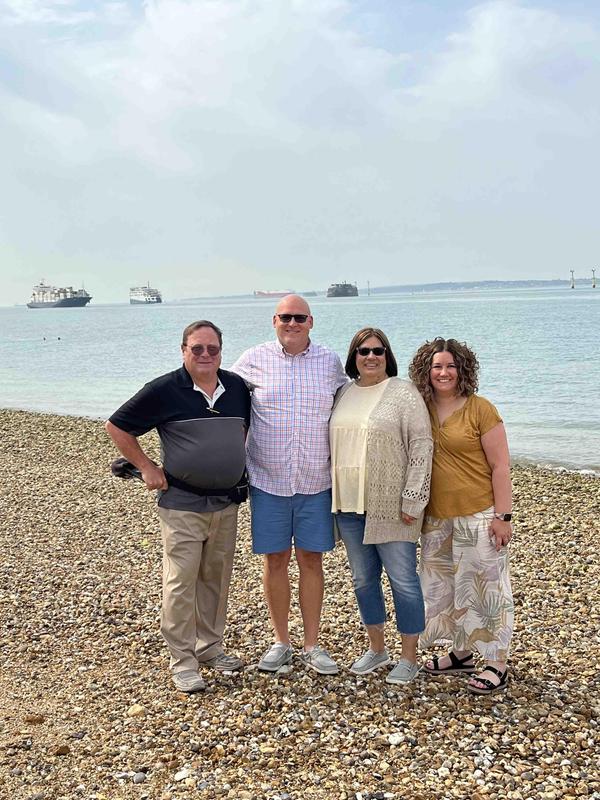 Sights from our introductory tour of London.

The Churchill War Rooms and Museum. These are the underground bunkers where Winston Churchill ran the British government during the bombing of London in World War II

Bletchley Park. This was the ULTRA-secret site where the British worked to break the Nazi code.

Portsmouth, England coastline. Time for some photos of our whole group!

After our visit to the Portsmouth D-Day Museum, we boarded the ferry to Caen. This 6-hour ferry took the same path that the American, British and Canadian troops did on the morning of June 6, 1944 (D-Day)

Sword Beach Memorial. Sword Beach was one of the British landing beaches on D-Day

The American Cemetery at Omaha Beach.

Utah Beach Museum. Omaha and Utah beaches were the landing zones for the American troops on D-Day.

In 2019 a group from CLHS traveled to Normandy for the 75th Anniversary of D-Day. While we were there, our tour company arranged for us to be part of the official ceremonies on June 6, and then on June 7 we traveled to the Museum at Utah Beach were we had the opportunity to talk with some of the D-Day vets who had been either paratroopers, or had been part of the storming of the beaches. Another activity we were able to be part of was leaving a message of remembrance on a lock that would be part of a permanent memorial at the Utah Beach Museum. The 6 people pictured were on that trip in 2019 and again on this trip.

Point du Hoc. The cliffs of Point du Hoc are 100 ft sheer cliffs, that the Army Rangers scaled to take out the German artillery located there.

Sights from our introductory tour of Paris

View of Paris from top of the Montparnasse tower