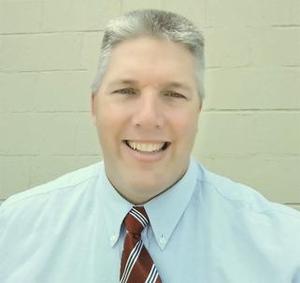 A 1992 graduate of Concordia Lutheran High School, Matthew Dellinger, Chief Warrant Officer in the Michigan National Guard, will present to students about his career on Nov. 18.

FORT WAYNE, Ind. — A 1992 graduate of Concordia Lutheran High School, Matthew Dellinger, Chief Warrant Officer in the Michigan National Guard, will present to students about his career on Nov. 18.

Dellinger received his bachelor’s degree from Towson State University in law enforcement. After graduating from TSU, he decided to enlist in the U.S. Marine Corps where he was assigned to the National Security Agency as Cryptologic Linguist and a Special Operations Security Support Specialist. While in the service, he earned a master’s degree from Webster University in security management.

Follow the Marine Corps, he became a Defense Department Intelligence contractor working within such departments as the Defense Intelligence Agency, Counter-Intelligence Field Activities, Department of State - Coordinator for Counter Terrorism and the FBI's Terrorist Screening Center. In 2006, he began a career within the U.S. Army as civilian severing in the Military Intelligence Civilian Excepted Career Program (MICECP). He has four tours of duty in combat zones, Iraq, Afghanistan and the Horn of Africa.

The presentation will begin at approximately 11:35 a.m. in the PFC.

Students, if you are interested in attending, please RSVP by Nov. 14 to Mrs. Erdos at lerdos@clhscadets.com if you plan to attend. Lunch will be provided to those that attend.