Getting into the Christmas spirit by volunteering 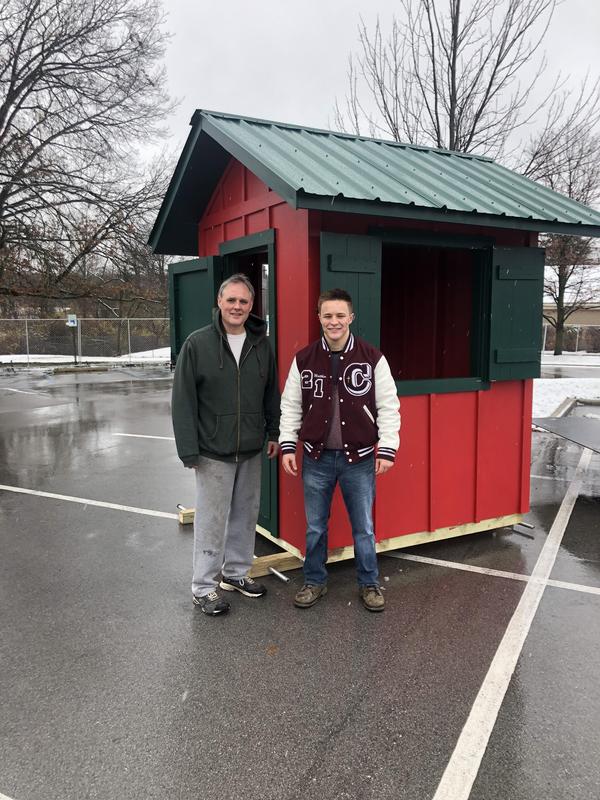 One Concordia Lutheran High School student has already gotten in the Christmas spirit by taking on a service project in the Fort Wayne community.

One Concordia Lutheran High School student has already gotten in the Christmas spirit by taking on a service project in the Fort Wayne community.

Matthew Goeglein, Class of 2021, built the volunteer booth at the Fantasy of Lights’ Christmas Marketplace this year as a project toward becoming an Eagle Scout.

“I’ve always had an interest in building. It was a chance to explore that interest, and I really love Christmas,” Goeglein said.

To start the project, Goeglein contacted Tony Hudson (Class of 1992) at Blue Jacket Inc. The conversation began about what was needed for their new Christmas Marketplace that is open this Christmas season along the Fantasy of Lights route. Goeglein said that he found building this booth to be the “biggest challenge” out of the options that Hudson had given him.

So, in September, Goeglein started on the project with help from his family: father Don Goeglein ’87, mother Christy Goeglein, aunt Diana Habegger ’91, and cousins Jack Habegger ’25 and Michael Habegger ’21; and his wrestling team, including head coach Jamie Jones ’91. It was completed on Nov. 8 after seven weeks and 124 man-hours.

The booth will be used from year to year at the Christmas Marketplace.