What we did this summer… 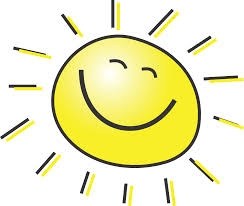 School is back in session, and the teachers are back in the classroom. So, we decided to ask our teachers: What did you do this summer? Here is a little look into the lives of our teachers — outside the classroom.
Deac. Dr. Deborah Rockrohr, theology teacher

“I was blessed to be able to spend most of June with my 15-month old grandson in the Denver area, getting to know him better and helping out his parents as they expect their second son sometime in August. I also attended the annual conference for Concordia Deaconess Conference (CDC), held this year at scenic Deer Creek State Park and Conference Center just outside Columbus, Ohio. Conference speakers addressed the topic of the intersection of living our Christian faith in the context of our increasingly secular American culture, and led us in a Bible study on the New Testament book of Romans. I was also elected president of CDC for 2016-2018.

“In July I attended the 66th Regular Convention of The Lutheran Church-Missouri Synod (LCMS) in Milwaukee, Wis., and helped with a booth for Concordia Deaconess Conference in the convention vendor display area. I was elected by convention delegates to serve on the board of regents for Concordia College Alabama (Selma, AL) for 2016-2019.

“I love flower gardening, and this year am extremely thankful for the perennials in my flower bed and a husband who selected and planted annual flowers in my pots, and I have enjoyed seeing a variety of blooms every day!”

“I spent the summer teaching driver's education. During the two weeks I took off, I stayed in a cabin and went horseback riding and zip lining. During the other week, my sister visited, and we did things such as went to Shipshewana, had a spa day, and spent a few days in Chicago. I also adopted three kitties that a mama cat had next to my home. She came to an untimely end because of the traffic near my yard and so now I am the mama of three sweet kittens.”

“This summer, I completed two courses for my master’s program. My dad and I also traveled to the Czech Republic for a week at the end of June. While there, we stayed in Prague for several days and visited our Czech friends who once lived in Michigan and originally met us through an exchange program of sorts. With this family as our guide, we visited their hometown, Brno, along with several other towns, a medieval castle, and underground caves and rivers. A few weeks after that trip, I made the move to Fort Wayne.”

“The 2016 Rusher Summer: Baseball, baseball, baseball. Two boys-two teams and lots of baseball! Driver’s Ed is always a summer project. And each boy was allowed to take one friend along with us to Cedar Point this year. What a summer ride!”

“This past summer was exciting. First, I made a huge job change. This is my first year at Concordia Lutheran High School, and I am excited for my new challenge. During the spring and summer, I coach soccer at the Fort Wayne Sport Club. This year my U16 Girls team participated in a national cup event called the Presidents Cup. We won the state championship in Columbus, Ind. The regional tournament was played in Westfield, Ind. In a four-day tournament we outlasted state champions from Ohio, Missouri, Illinois, Kansas, and Kentucky. The national Final Four event was played in Tulsa, Okla. We played teams from New Jersey, Tennessee and California. We advanced to the national championship game where we lost. We were the first club soccer team from Fort Wayne to win a regional event and advance to a U.S. Youth Soccer national tournament. We ended our season as the Presidents Cup National Runner-up, we also earned the Fair Play award as voted on by the referees at the national tournament.”

“This summer was a tale of two months. In June I spent a lot of time at home, reading, gardening and bike riding. In July I taught summer school, went camping, traveled to Wisconsin, and went with my church on a mission trip to Guatemala.”

“What I did over my summer vacation: family trip to the beach; read some fun books: “Holding Court (Inside the gates of the Wimbledon Championships) and “Little Victories” by Jason Gay (favorite sports writer); prepared for and took Indiana Certification Tests for professional license; played tennis; and took a trip to Flint, Mich.”

“Summer travels packed the Hoover family's summer. In July, we took a big family vacation to the Outer Banks in North Carolina. Earlier in the summer, I was invited to preach at my vicarage congregation as part of a year-long celebration for their 100th anniversary. I served as vicar of Luther Memorial Chapel in Shorewood, Wis., during my third year of seminary training (2002-2003). It was a wonderful opportunity to go back and visit with some of the folks we got to know during our year there and to proclaim God's Word to them.”

Helped to hire our new teachers and set up our new onCampus system.

"Though it seems like most of the summer was spent in a gym, at a soccer field, or in the baseball bleachers, I realize that there were some other things that took place besides transporting my children to athletic events and watching those events. I coached three weeks of elementary basketball camp -- two weeks at CLHS and one week at Emmanuel-St. Michael.  Various professional growth opportunities included a dual credit seminar and meeting with elementary math teachers from the Lutheran schools. In addition, our family was able to enjoy time at various sites in Michigan, including Mackinac Island, camping on Lake Michigan and visiting family in Frankenmuth. Two of the best books I read this summer include a book by Urban Meyer on leadership and a fascinating book on Army football and the academy life. Recharged and ready for the 2016-17 school year!"

"Apart from a few days of professional growth and a week in Costa Rica with Concordia Church's youth, I enjoyed a summer filled with family time, running, reading, and learning for fun."

"This summer I helped coach at multiple basketball camps including the Concordia H.S. camp and the ESM camp. I went to the lake most weekends enjoying the sun and hanging out with friends. My wife's sister got married this summer, and I was one of the groomsman, very fun wedding. Finally, my wife and I are finishing up closing on our first house! Very fun and relaxing summer! Looking forward to this year!"